The blue print of Gabii’s town plan was first revealed by a geophysical survey carried out in 2007-2008 across the greater part of the area inside the line of the city walls, whose interpretation was ground-truthed by subsequent excavation. The town plan appears centered on a main thoroughfare corresponding to the urban stretch of a regional road originally known as Via Gabina. A series of roughly perpendicular roads branch off from it, delimiting elongated, wedge-shaped city blocks that adapt to the south slope of the truncated cone formed by the volcanic crater of Lake Castiglione.

The quasi-orthogonal layout of Gabii stands out as a remarkable anomaly in Latium. The earliest wave of urban formation in central Italy, to which Gabii belonged, produced almost exclusively irregular urban fabrics, probably as a result of the slow agglomeration process of these settlements. On the contrary, the layout of Gabii is characterized by a relatively uniform aspect, which suggests that it was planned formally as a unified whole, as a result of a coordinated effort. In terms of design, the exemplar of Gabii seems to represent a precursor of the mid-Republican templates, linking earlier Greek and later Roman town-planning practice . 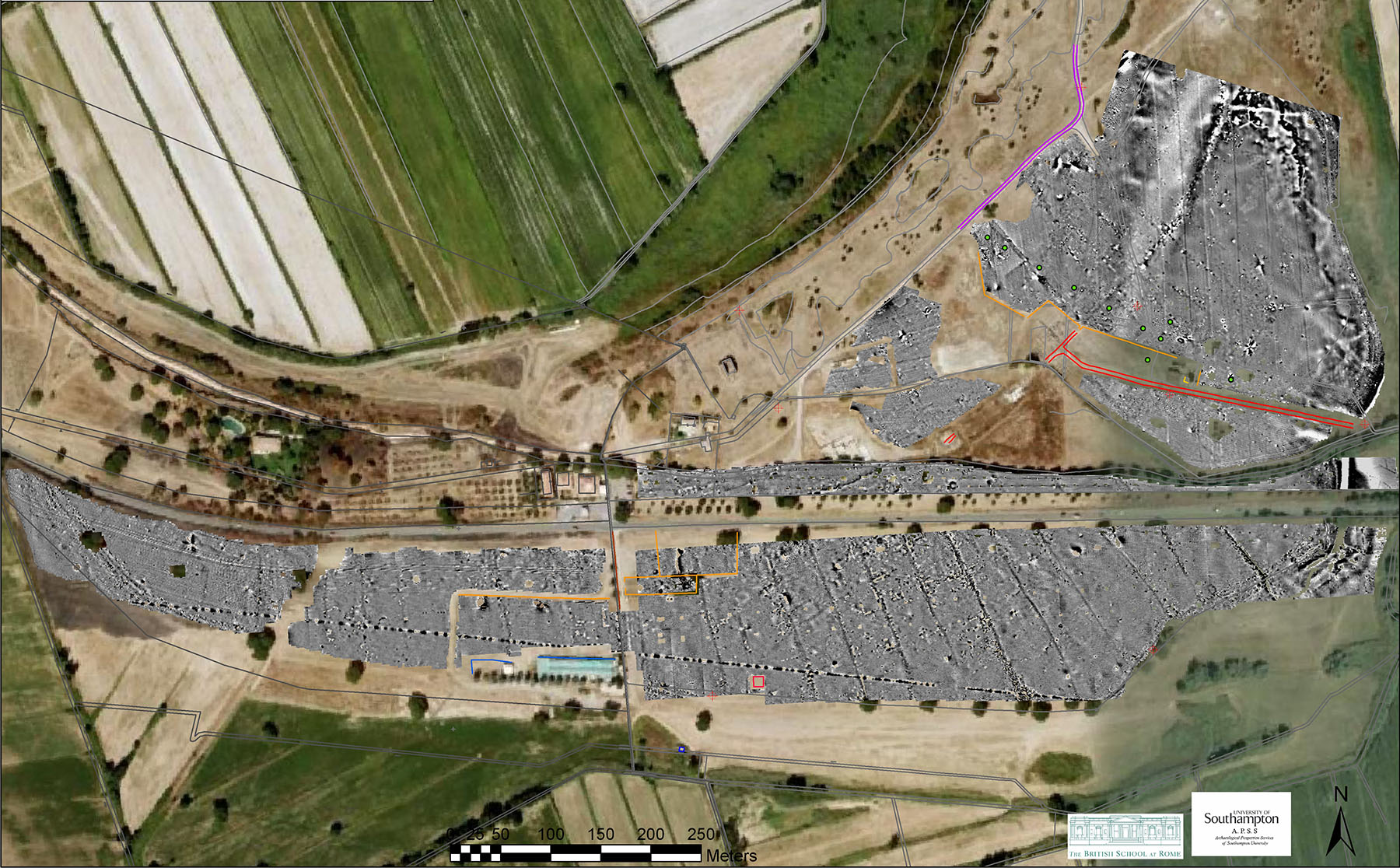 Taken together, the stratigraphic dataset collected from five streets excavated within the Gabii Project site between 2009 and 2018 allows us to reconstruct and date with greater precision the town-planning of Gabii and its subsequent modifications. Both the axial thoroughfare and the secondary roads share the same construction sequence and technology. The earliest roadbeds consist of rock-cut features (tagliate), which were created in the late 5th century BCE. The surfaces how similar patterns of wear, including ruts that may have been created by heavy wheeled traffic or as a result of erosion from surface water, suggesting that they were in use for quite a long period of time. The tagliate were eventually replaced by successive layers of packed gravel and clay (viae glareatae), topped in some cases by lava pavements, thus demonstrating how the road infrastructure was continuously maintained from the Mid-Republican period (3rd century BCE) to Late Antiquity (5th century CE).

The phasing of the intramural road network has important implications for our understanding of the developmental stages of Gabii’s urbanization. In particular, the creation of the street grid represented a sweeping process of spatial reorganization of the settlement, since it abruptly replaced several foci of interaction that had been embedded spatially in the landscape for centuries. The comprehensive impact on land division and property allotment could only have been the work of a centralized political authority. The emergence of town-planning, therefore, involved profound discontinuities not only in the physical, but also in the social fabric of the city. The phenomenon can be contextualized with Rome’s early expansion in the region. 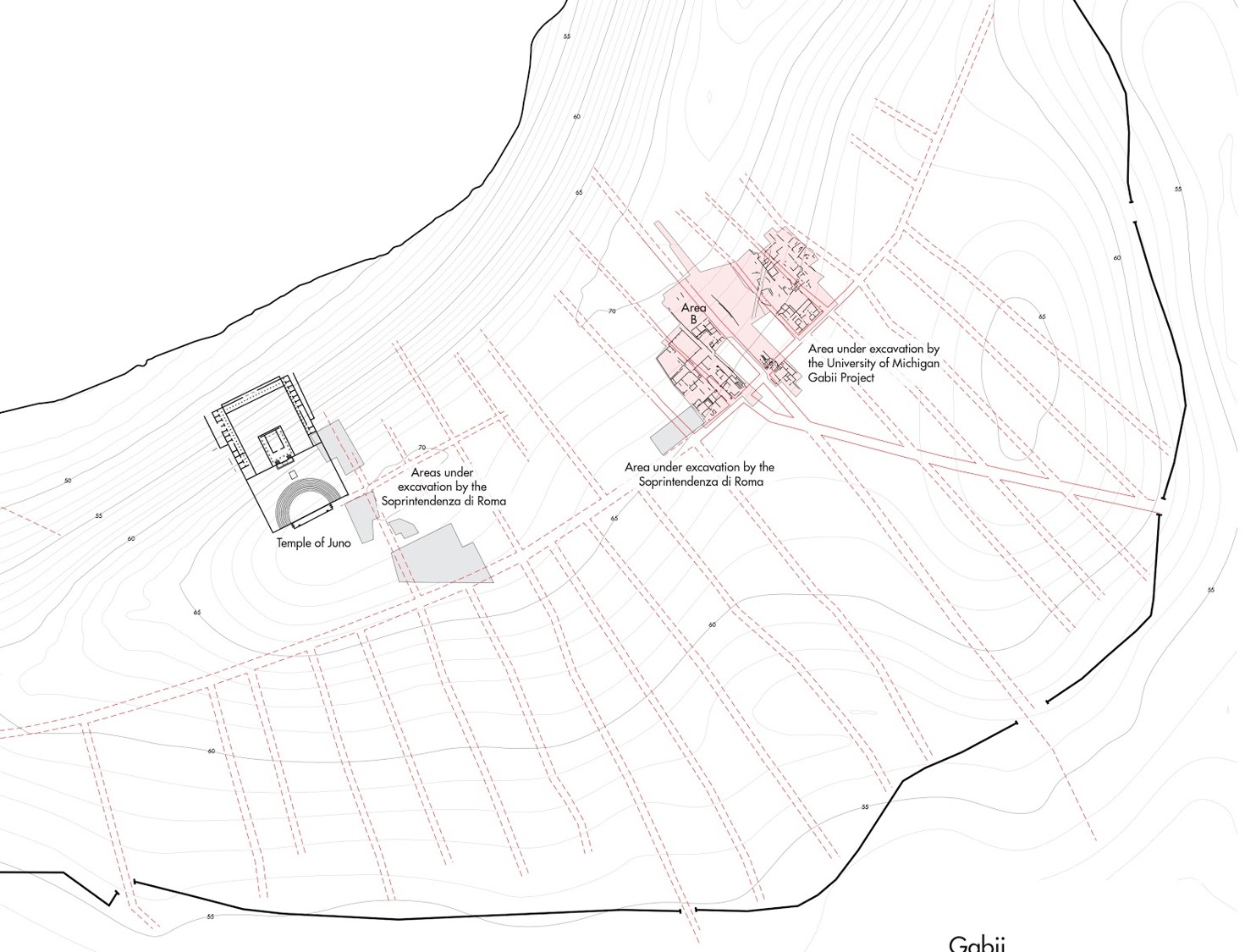